My First Vegas Show Preview Will Be of a Protest, Not a Show... 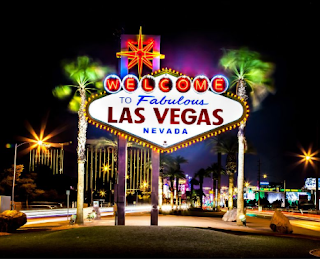 As some of you might have heard there are record numbers participating in a protest movement called Occupy Wall Street. I've written a small synopsis and it is a bit lengthy but pretty interesting, and you should go ahead and read it so you can explain it to your neighbor, because this is going to be very large news.


History of origin is debatable: on September 17, 2011 a group of people responded to a magazine ad put out by Adbusters, a magazine collective made up of people from all walks of life who want to “advance the new social activist movement of the information age... to forge a major shift in the way we live in the 21st century.” Not your average profile bio quote. The collective is based in Vancouver B.C., Canada, according to their website, Adbusters.org.

The movement and protest started at the doors of Wall Street, but when NYC police pushed the crowd out, they settled in Zuccati Park, known to protesters as Liberty Plaza. On September 26th, the media finally began to arrive at the "Occupy Wall Street" movement, after social networking users flooded the internet with video and photos of police violence toward fed-up but peaceful protesters. The video was shocking. Arrests were made in volume and the conditions didn't sound good, according to reports made by the detainees themselves upon release [http://www.livestream.com/globalrevolution]. The most up-to-date information anyone can get on what's happening in New York is athttps://occupywallst.org/ , where a daily report is blogged, information is shared, but most importantly, an almost 24/7 live video feed has been going and archived since day one. Let's face it, this ain’t the 60's anymore.

"Occupy Wall Street" has dubbed regular people the 99% who have experienced foreclosures, seen benefits dwindle, had work hours and jobs cut, and suffered massive under- and unemployment. Some of the points people have made is that Wall Street, big business, and corporations have corrupted the financial state of our nation, impoverishing the 99% of workers who made it possible. The New York group, who have been camped out in Liberty Plaza for over ten days, saw the beginning of the end of the media blackout when Michael Moore visited and spoke to everyone directly though the people's mic (amplification by people near repeating to others).Lupe Fisasco, a famous rapper performing at the Palms in Las Vegas, has been a supporter and presence in NYC. Actress Susan Sarandon ( a long-time activist) stopped by, did interviews, and said she was "there to learn" what was going on and show her support. And there have now been several others. The movement is resonating around the nation and around the world--and here, in fabulous Las Vegas.
Occupy Las Vegas, like Occupy Wall Street, is a leaderless movement using a system of general meetings and assemblies. The first meeting was held on Tuesday, September 27th, at UNLV’s Pida Plaza. About 40 people attended, and teams were formed to to take care of the many details involved in planning an event of this sort. About 50 people attended the second meeting, also held at Pida Plaza on September 29th, and teams reported their progress. The next meeting will be held on October 1st at 5:00 PM in the the SEIU Union Hall at 3785 East Sunset Road Las Vegas, NV 89120-6259 (corner of Sandhill). Anyone and everyone is welcome—and needed.
On October 6th, Las Vegans will begin protesting. The Occupy Las Vegas website is OccupyLasVegas.org, and links to other links to social media are available there. Also on the site, members may vote on whether they would like to imitate the Wall Street camp-out model with an extended occupation of a single site or undertake multiple actions at multiple locations. There are also places to vote on proposed locations for actions and to volunteer for teams.
Follow the live feed and get involved in what's happening, if just for a couple of hours. Each and every one of us has been affected by the greed of the 1%. We are the 99%, and we will not remain silent.
more...
So what happens when a bunch of people get together to protest that maybe never have before or have nothing in common? Find out for yourself. Of course there are several seasoned technical and activist experts lending their support to the group so you're in good hands. But do note, this is a peaceful resistance to occupy our nation in solidarity with the Occupy Wall Street movement.
Details Times Locations
When: Thursday Oct. 6 (a nationally recognized day of rage).
What time: Meet 3pm, March 4pm
What to bring: Wear comfortable shoes, bring water, cameras or cell phone to document. While the marchers haven't decided where to 'permanently occupy' a unanimous decision was made to march. There is a General Assembly that will follow the guidelines of the New York General Assembly who's amazing notes can be read here. http://nycga.cc/, for 8pm at the end of the march.
Want to get involved? Just watch what has been going on in New York, here:http://www.livestream.com/globalrevolution .
Spread the word with links and tweets
Tell a friend to view the Occupy Las Vegas website atwww.OccupyLasVegas.org
and Twitter: @occupylasvegas where you will find constant updates. The information is being updated by a group of volunteers, and everything is being done by grass roots organizing. (apologies for not putting up the facebook link but it is too difficult for non facebook users to access).
Press and public are requested to attend the March , Oct. 6, 3pm meet, 4pm March!
Banks got bailed out, We got sold out.
See you in front of the Statue of Liberty!
Occupy Las Vegas Live Stream
There is a commitment to filming all activities streaming live via this channel, watch if you are physically unable to attend, and media help is needed to support 24/7 stream just ask for Jose'.
View the Occupy Wall Street live stream channel here
http://www.livestream.com/lasvegasrevolution
###
written by Entertainment writer
Frankie Tease 503 560-7427
MissFrankieTease@gmail.com