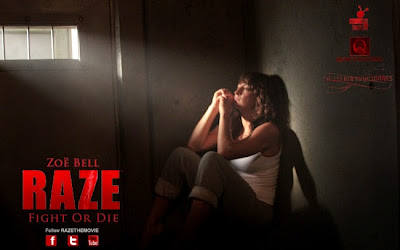 The Sixth Annual Las Vegas Film Festival was held at the LVH (Las Vegas Hotel) last weekend from July 18-21, 2013. The LVFF included film screenings, an award ceremony, panel discussions, mixers, and after parties, among many other events. The star-studded red carpet was busy all weekend. One such celebrity that our magazine has interviewed at length is Tonya Kay. Kay was in town from L.A. on Saturday for the 6pm showing of Raze by Director Josh C. Waller. The female heavy film includes A-List stunt woman who are trapped in a bunker after being kidnapped. Tonya Kay (Alex) is featured fighting in a hand-to-hand combat scene to the death with stellar stunt woman Zoe Bell (Sabrina). Bell is a favorite of Quentin Tarantino, a New Zealander, and a revered female stunt woman. I'm sad to not have seen the screening, but look forward to other chances. The premise of the story isn't too new, but the fact that's it's all women fighting is, and the cast can't be beat. Raze premiered at TriBeCa 2013 and sold North American Rights to IFC Midnight. 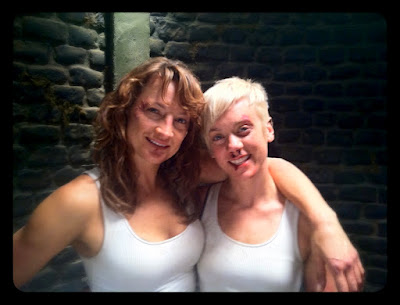 I asked Tonya Kay what it was like working with such a stellar stunt actor in Zoe Bell. Here is what she came up with. "Fighting Zoe Bell in Raze was an exhaustingly amazing experience. Zoe is Quentin Tarantino's' favored stunt woman. Zoe is an athlete with amazing grace disguised as violence. Our fight was a 13 hour dance of bruises and battle - I find it beautiful how stunt fighting looks like aggression but on set, it is us carefully protecting each other by knowing the exact boundaries of each others' bodies. Spoiler: the prop master had to make vegan dirt for our fight scene out of respect for my dietary choices".

Watch the film trailer below, and visit the film's website for more info on screenings at http://razethemovie.com.
Keep in touch with Tonya Kay at http://www.tonyakay.com.
Read the in-depth intnerview with Tonya Kay in "Best of Frankie Tease Magazine Vol.2" via iTunes, Amazon, or Nook ebook outlets. Click Here to View 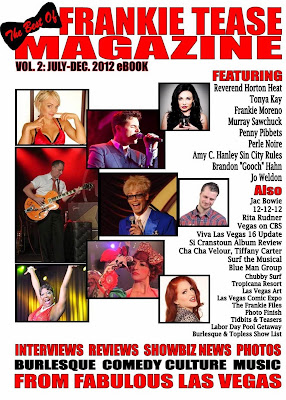