Tempest Sotrm "Burlesque Queen" On Kickstarter thru Oct. 9
A new film documentary by Director Nimisha Nukerji is due to be released in 2014 about 84 year old burlesque star and Life-long Stripper Tempest Storm. During 2013, the film project is seeking the help of devoted burlesque fans of the Legendary Stage Performer and Model Tempest Storm on Kickstarter (through Oct. 9,2012). Friend to Bettie Page and Marilyn Monroe, mistress to both Elvis and JFK, betrayed at the height of her career by MGM for falling in love with a black man, it's safe to say we don't have stars like Tempest in this day and age. Recognized by Oprah Winfrey for her documentary "65_RedRoses" Director Nimisha Nukerji has a knack for telling stories and has brought those skills to one of America's favorite characters and sex symbols. Tempest Storm shares the camera with Dita Von Teese (Strip Strip Hooray), Melody Sweets (Absinthe), and Lou Lou D'Vil (2013 Queen of Burlesque) and aims to set the record straight about her life and career surviving rape and poverty. Visit http://www.tempeststormfilm.com/ for details and to get involved.

iHeart Music Festival 2013 Recap / Las Vegas / US
A double day festival held at the MGM Grand Las Vegas, the iHeart Radio Festival is said to be one of the largest live music festivals in the world. iHeartRadio is owned by Clear Channel Media Company and is a streaming online media. The festival is growing but using the same location since 2011, the MGM Grand Garden Arena at Las Vegas Blvd and Flamingo, one of the busiest tourist intersections in the world. The iHeartRadio Music Festival brings in artists from the nation and world to sing their already famous hit songs live to a 16,800 seat audience for the evening shows, and outdoor concert stages at the village for the daytime shows. The evening portions of shows were also broadcast live from Yahoo Music. The festival was televised as a two night prime time special on The CW Network on Monday, Sept. 30 (night one) at 8-10 p.m. ET and Tuesday, Oct. 1 (night two) at 8-10 p.m. ET, to launch the network's fall season. For a complete list of popular artists that were featured in 2013 see http://festival.iheart.com/. Some legends who appeared included Queen, Elton John, Paul McCartney, and Justin Timberlake. 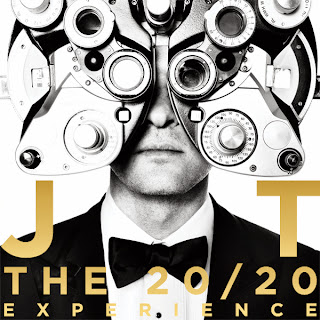 Nothing like New Music from JT: The 20/20 Experience / National
With his catchy dance driven music from his career 'til now, the expectations were high as news continued that JT was bringing out new music in 2013. But did anyone really expect a double album from this 90's boy-band survivor gone actor/leading man/singer/songwriter/live performer? It's a treat to his true fans. With a blur of appearances in promotion of the album for at least six months, Justin Timberlake has performed the new material all over the country, and was the headliner for the iHeartRadio Festival, as well as appearances on the Emmy's, VMA's, Ellen, and Jimmy Kimmel, to name a few. Recently, at the VMA's he was presented by Jimmy Fallon, with the Michael Jackson Video Vanguard Award. Very few singers/artists have avid fans with so many generations involved thanks to the throwback element and rhythmic solidity JT always offers, and thanks to the new sounds he breaks out always enticing the kids. In addition he has two film projects hitting theaters this year. I love the dance scenes and Jay Z live in this performance on SNL  http://youtu.be/0umrvtA_pNc. 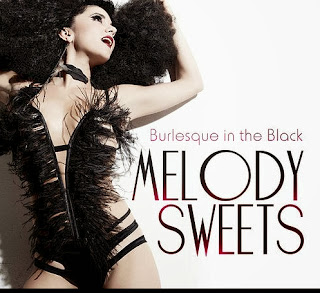 Melody Sweets, From LV to NYC, One Night Only - Oct. 16 / New York
Melody Sweets is one of the leading burlesque strip tease artists and singer/songwriters in the nation, let alone world. See a rare appearance by Melody Sweets in NYC for one night only, Wednesday October 16, 2013, 8pm (doors 7pm, show 8pm, $15 Adv. $20 at door). Melody Sweets will be performing some of her favorite signature acts to music from her debut album "Burlesque in the Black", in addition to new and surprise acts to treat her New York fans. For the first time in two years, she's taking a break from her ten show per week schedule in Las Vegas "Absinthe" to croon and strip for her NYC fans Oct. 16 only. The self-released debut album celebration and show in NYC features Host: Murray Hill (Strip Strip Hooray/NY), Michelle L'Amour (AGT/Chicago) plus Miss Amelia (UK). With the best in burlesque by Ms. Tickle, Stormy Leather, Maine Attraction and boylesque by Go Go Harder. Attend the album-signing post-show, and then join Melody Sweets on the second balcony floor of the Slipper Room for the official after-party following her only New York appearance. Tickets on sale as of 9/28/13. See slipperroom.com or melodysweets.com for more details.