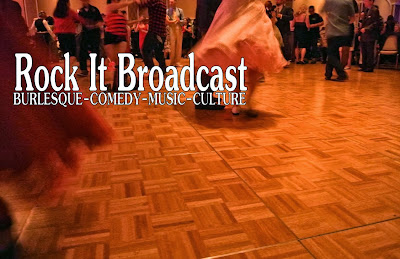 In Burlesque the Gotham Burlesque Fest just wrapped up in New York City. Anything named Gotham has got to rock, and the lineup I saw listed included Media Noche who absolutely rocks on stage. Regionals are in progress for a world-wide competition of Burlesque and Variety. The contest wraps in Sept. of 2014 in Los Angeles. Those stage performers interested should see burlesquebitch.com to get involved. Sounds amazing. Comedy- Belinda Carroll is playing the Funhouse in Portland Oregon and opening for Dana Goldberg! Congrats to one of my favorite entertainers on this exciting billing, Belinda rocks, go see her. Aziz Ansari (of Parks and Recreation on NBC) just put out a new stand up video on Netflix called "Buried Alive". He's got the greatest expressions, and a very astute grasp on modern culture. Music- Looking toward new years, the grand opening of the Chelsea at the Cosmopolitan of Las Vegas will feature sensational Soulful Hawaiian Singer Bruno Mars. Jennifer Keith is also at the same swanky hotel this month on November 11,14,15,17, the show is free and feature her band with founder Mando Dorame of Royal Crown Revue. If you're in Hollywood you really should put her on your calendar. The band Jennifer Keith Quintet is and amazing high nitche nod to lounge especially Keely Smith and Sam Butera. Visit JenniferKeith.com and see the pinup who is also Hollywood royalty (her grandfather put the K in RKO. Si Cranstoun of the UK who has played the states twice at Viva Las Vegas Rockabilly Weekender (15 and 16) has new music coming. Reports say "Smokehouse Sessions" is in the studio having the finishing touches put on. Last I heard Si was signed by Warner Bros. Music Europe. More info and past albums can be heard at sicranstoun.com (s-i-cranstoun.com). This guys sounds just like Jackie Wilson, and it's by design. I'd love to hear back from you guys how you like him, because I love the guy's amazing voice and original songs... catchy as hell. Culture-  Zombie walks took place all over the US but one city in particular brought it home and made the Guinness Book of World Records list. They gathered 9,592 walkers together for the largest recorded zombie walk in the world last week. Support our troupes this Wed. Nov. 6th in Las Vegas with the Hellkat Productions Pinups for Patriots Military Appreciation and Car Cruise. It all starts at 5pm at the East Warm Springs Round Table Pizza, and ends at 9pm.

Got some burning news about burlesque, comedy, music, or culture? Got a slick back-track for us to feature on the broadcast? Tip us off by email at rockitbroadcast[at]gmail.com. I'm Frankie Tease, see you next time on the Rockit Broadcast.