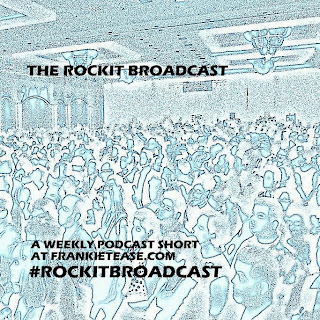 In Music- this time of year always brings a Brian Setzer tour and 2013's no exception. He's all over Washington, Cali, TN, KS, and more from now until new year. View briansetzer.com/tour. He's the swingingest holiday guy I know. Also the big band swank of Frankie Moreno inside the Stratosphere in Las Vegas is going strong in their remodeled showroom. It's a fun and 13 + show you won't regret seeing. He's got the voice of a cherub, the hands of Harry Connick Jr. and the hips, they're like Elvis, Elvis the Pelivs. It's a great family or date show especially for the holidays. In Comedy- The LA Comedy Club inside Bally's Hotel in Las Vegas is going strong with shows six nights per week. Look up Bally's Hotel online and see what's crackin' there. Pete Holmes is playing in Los Angeles at the famous Troubadour theater December 17th for a special charity holiday show. He's bringing funny friends, and you can depend on that. Now on to Burlesque- I did my first podcast interview now (on frankietease.com) with Kalani Kokonuts who just came back from a whirlwind trip to Germany. You should listen to that. Also the deadline for entering the Viva Las Vegas Burlesque Competition is nearing for 2014's weekender. Go directly to vivalasvegas.net to get the scoop.  A burlesque show is hitting Texas called the Prohibition. It's featuring amazing performer and bodice of a goddess Donna Hood. That'll be a December show as well, which shouldn't be missed. In Culture- The only film featuring the voice of Bettie Page herself (the most famous American pinup and bondage model of all time) and the only authorized biographical documentary is in wide release USA, and what a film it is. Thank you Director Mark Mori for being tireless in getting this film together. Hearing her voice with the footage really was an amazing experience as a long-time Bettie fan. Check out bettiepagerevealsall.com for more dates in your city and information on pre-ordering the dvd or perhaps bringing the film in wide-release to your town. Meanwhile Kinky Boots the musical featuring the adapted songs of Cindy Lauper and the tone of 'sexual freedom for all' is making waves. The show is selling out seats in New York, while the Macy's Day Parade featured this provocative theme in prime time TV. Go Macy's I say, it's not the depression era, just because we're in one. It's 2013 for Pete's sake.