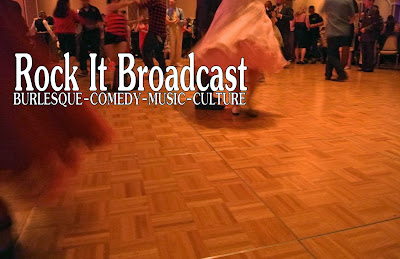 New Music is now available from so many amazing artists that I love. Here are bands with brand new album releases, in no particular order: Frankie Moreno, Si Cranstoun, Moonlight Howlers, Justin Timberlake (double album), Eminem (double album), Reverend Horton Heat (Jan. 2014) to name a few. Wow so much new music, it's time to tell your friends what you want for Christmas. It's a great time of year for Comedy, and here is my quick list of NYE shows in major cities around the US for 2013/14. Do it up right at the Bill Maher engagement in Hawaii, or the NYE Comedy Show in Boston at Central Square in Cambridge. How about the Awesome 5th Annual San Francisco NYE Comedy event at the Marine's Memorial Theater? Of course you should check local listings for towns not mentioned and always, for great happenings on NYE check out Las Vegas. In Burlesque, the end of year voting and submitting is heating up at over at 21st Century Burlesque Mag. Who will be the best of 2013 as submitted by the people? I interviewed two of the top five last year (Perle Noir and Jo Weldon) who are featured in the Best of Frankie Tease Magazine Vol.2 now on iTunes, Amazon, and Nook. Participate by submitting your favorite performers (up to ten) at 21stcenturyburlesque.com (note: the first two letters are #'s as in the #21). In Culture the San Francisco Balfest just wrapped up Dec. 12, 13, 14, and 15. People came together to fancy foot and be judged on it. The "Balboa" was a celebrated dance and I remember hearing about the stories that it started in Orange County during the war in the rich city of Balboa, California. There wasn't much room on the dance floor as soldiers returned from World War II, so they created the hopping in place that can sometimes become a swing out, which takes less space. TMI? Sorry. Go see balboabattle.com to geek out more on the history of swing, lindy, and balboa dances, created in the U.S.

End loop back track by the Moonlight Howlers