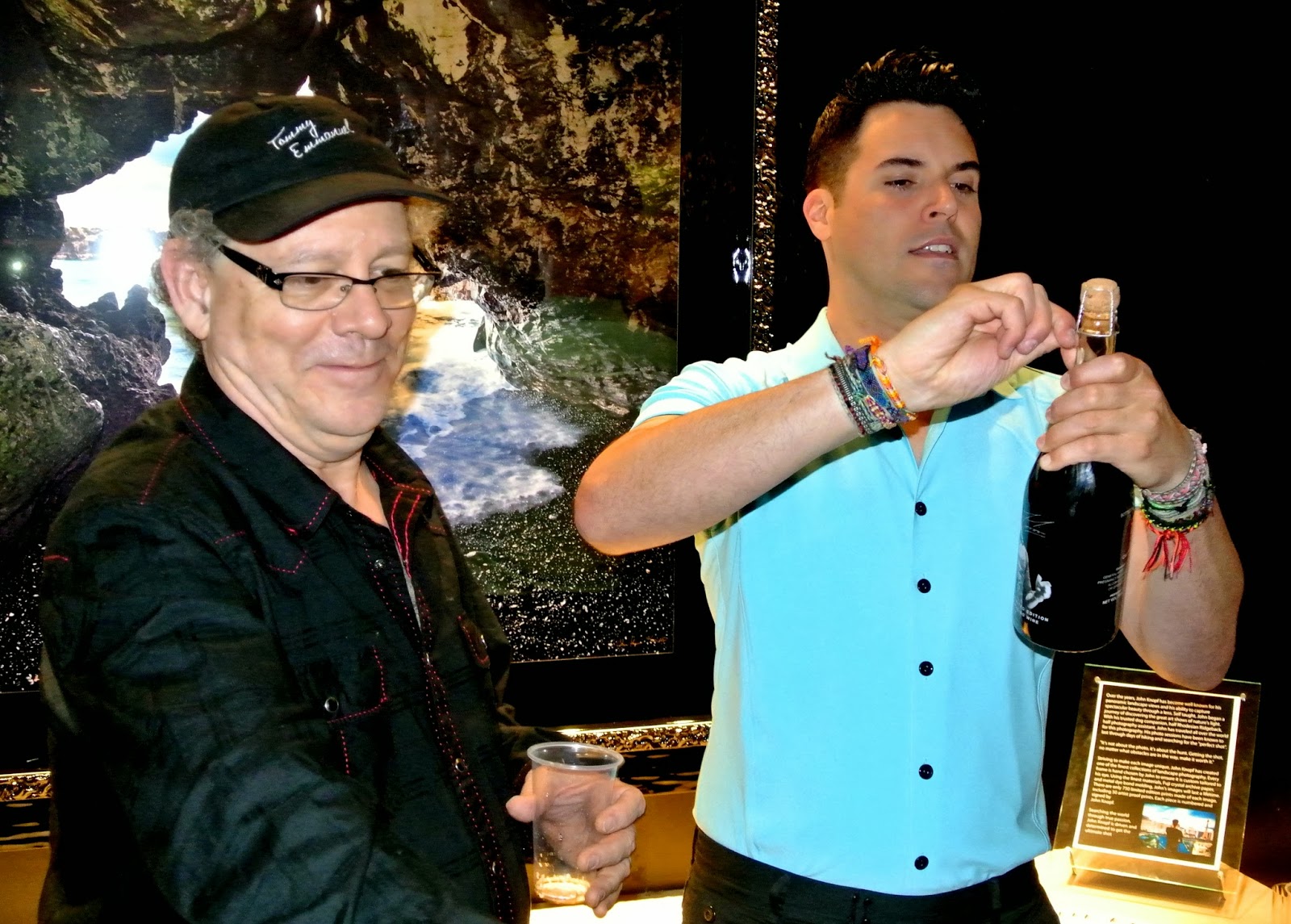 It was Tuesday February 11, 2014 in Las Vegas. The Showroom at the Stratosphere Hotel (the tallest structure in Las Vegas, Nevada) was the place to be that night, as a call had recently been put out to fans of Frankie Moreno, that he wanted them to show "dressed up and loud" for his upcoming live taping with his amazing high energy band. This is the band that plays Wed. through Sat. shows together. Brother Ricky Moreno gave stamps on hands as people mobbed the entrance and free show, on a non-show night, a Tuesday.

The glammed-up show-goers became a Frankie Frenzie. It should be noted that some of these Las Vegas residents have ridden the rocket to stardom with the Moreno Family, from the decade-long stent at local medium size lounges in casinos, to touring, to being a musical guest on Dancing with the Stars circa 2012, when his original hit "Tangerine Honey". Moreno was heard by millions across the globe at that time and DWTS happened because of Lacey Schwimmer, a noted native of California, daughter to Buddy Schwimmer the go-to instructor for West Coast and long-time champion. Lacey Schwimmer has been a contracted at length as choreographer and a fan favorite on the ABC show (follow @laceyschimmer on Twitter). 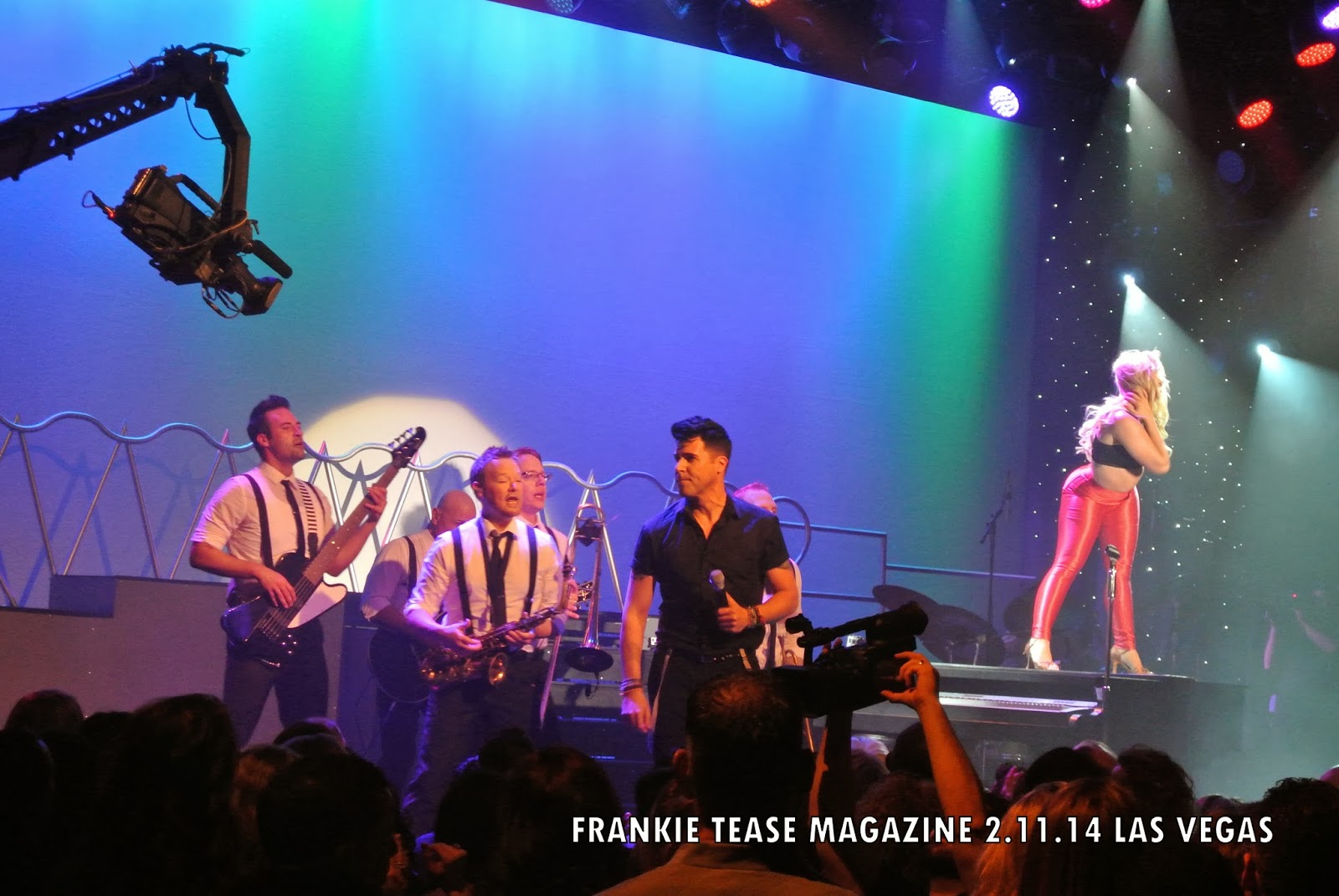 According to John Katsilometes of the Las Vegas Sun, Peter Berkow was the Director for this live taping who hopes to get the show edited for sale on DVD and to be aired on national TV. One interested party now being PBS. Which makes sense, because they air a lot of live music shows. Moreno never stops working on things outside of his four show per week commitment at the Stratosphere Showroom, including traveling, touring, new albums (one is very near right now) and collaborating with esteemed musicians such as Joshua Bell.

The audience were seated in the back areas, and standing in the front. Gorgeous Las Vegans were addressed by the director as saying that other audiences he's had didn't look this good, such as when he directed a music video for pop and rock group "Cake". The audience stayed very energetic throughout the roster of live performance songs which mixed live Moreno Brothers Music with selected audience favorites like "Bridge Over Troubled Water", "Jungle Book",  "Elanor Rigby" with new favorites which are Moreno hits including "Tangerine Honey", brand new hit "Diva", "Cry Baby", "Moonlight Matinee", "Black Mascara", "Angel Town" and more.  Moreno hits have such catchy riffs and lyrics you'll be chomping for the next new song, just wait. You'll be an addict too.

The backing band are three horns and three strings, with lead on Trumpet Chandler Judkins, and Lead Violin Jennifer Lynn (@jenniferviolynn on Twitter), Pepe on drums, Russ on guitar and brother Tony Moreno on electric bass. The band are adding so much more synchronized dancing while playing and the lighting has been tremendously enhanced creating a pretty stunning audio visual experience. Moreno just keeps going and going like an Energizer Bunny, and I can't help remembering that in my hour interview with him Nov. 2012, he said that the most important thing to him in the world is the music. It shows. Songwriters of this stature do not come along very often and brothers Ricky and Tony are close-knit in keeping the creativity going.

The after party cut down the size of the estimated 450 crowd to a couple hundred friends and VIP's who wanted their Moreno photo opp for the night. They got it while in John Knopf's Gallery, and drinking free-flowing Frankie Moreno Limited Edition Sparkling California Wine. He sells his music and wine and other merchandise on his website of course. The atmosphere of friends was aglow and the band seemed happy with their recordings for the night, only retaking the video intro and one or two other songs during the evening.

The Moreno Brothers are a unique team in Vegas who've worked here on and off over a decade. They have played previously the Lounge at Palms, the Golden Nugget Lounge, and have since been in the Showroom at Stratosphere a few years. They are signed artists on the property through 2015 according to a recent chat with Christ Townsend at the Stratosphere.  They travel abroad together as a trio, and they come back with new music. Whatever works guys. 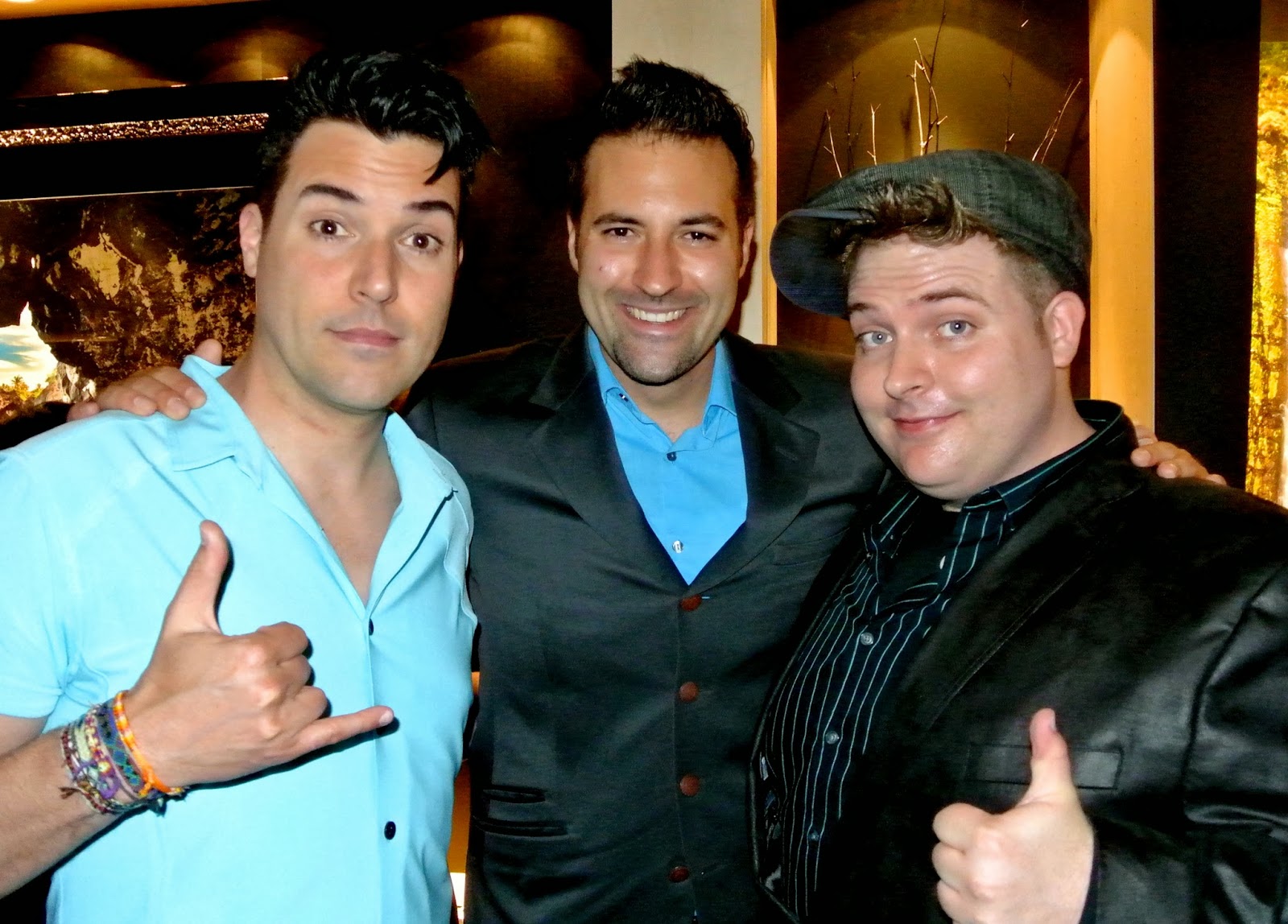